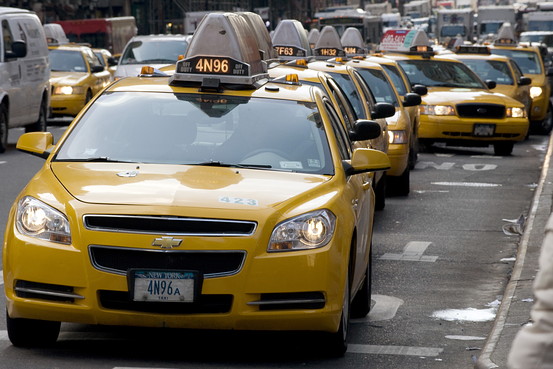 < Think taxis are pricey in New York City? Try traveling to Switzerland. New Yorkers — along with throngs of tourists and other visitors to the city — pay roughly half as much as people in Zurich for cab fares, according to a study by the website Priceoftravel.com. The study used a three-kilometer taxi trip (about 2 miles) as the benchmark, and offered a price range for both low- and high-traffic periods. New York City, with a range between $7 and $12, is the 26th most expensive city for taxi fares out of 72 included in the study. In Zurich, the most expensive city overall, going that same three kilometers by cab can cost as much as $24.24. (All prices have been converted into U.S. dollars.) Cities in the developing world dominate the low end of the taxi-fare rankings, with Delhi, Mumbai, Cairo, La Paz and Manila all charging less than $2 for a three-kilometer ride. Some surprises: Moscow, generally considered an expensive city for travelers, offers very cheap taxi fares ($3.74 to $5.52). And Zagreb, Croatia — for some reason — has pricier fares than the Big Apple.